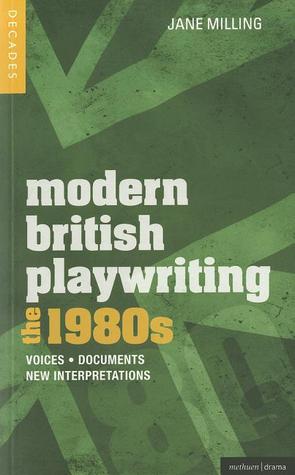 Essential for students of theatre studies, this series of 6 decadal volumes provides a critical survey and study of the theatre produced in each decade from the 1950s to the present. Each volume features a critical analysis of the work of four key playwrights from that decade together with an extensive commentary on the period.
The 80s volume provides a detailed study of the work of four of the major playwrights who came to prominence: Howard Barker, Jim Cartwright, Sarah Daniels and Timberlake Wertenbaker.
As with other volumes in the series, it offers an analysis of some of its most important and representative plays and playwrights; provides the appropriate contextual information, and revisits each decade from the perspective of the twenty first century. Contents: 1. A chronological survey of the decade: the social, cultural and technological changes and the playwrights of the time. 2. The decade as it looked then: theatrical activity, political circumstances and historical context. 3. The four writers from their beginnings up to the start of the decade. 4. An analysis of their plays within the decade combined with a study of primary material such as early play drafts, interviews and critical receptions of the time. 5. A new interview with the writers, reflecting on the period and the plays under discussion. 6. An Afterword: what the writers went on to do next. 7. Select bibliographies.
Edited by Jane Milling and with essays from three further leading scholars, this is an authoritative and stimulating reassessment of British playwriting in the 1980s.